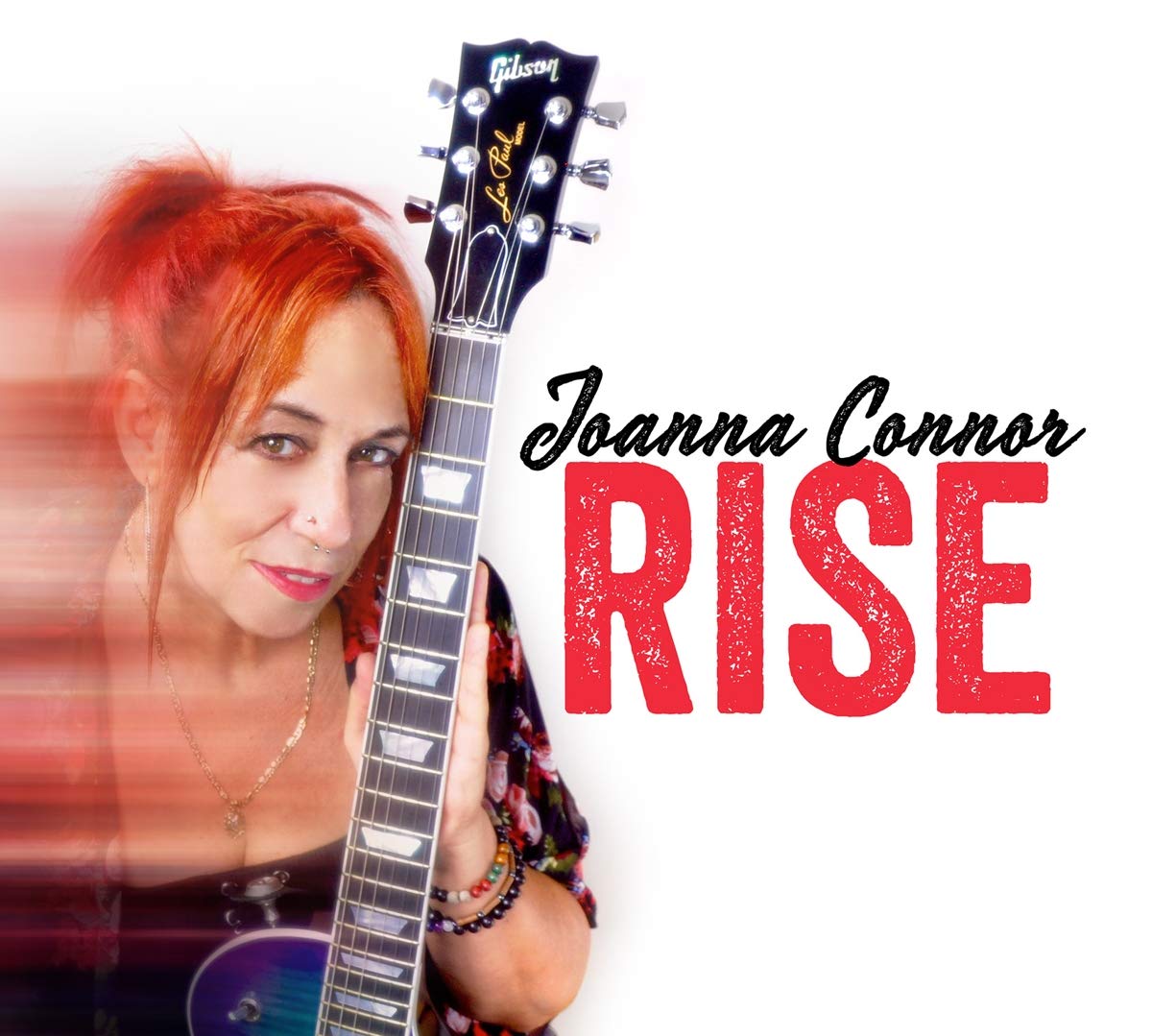 ''The Queen of Blues/Rock Guitar's'' first release in three years.

It's been 3 years since the Queen of Blues/Rock Guitar, Joanna Connor released her comeback, record. Her new release "b"''Rise'' is an all original affair with 11 tracks and features a duet with Mike Zito. Joanna goes deep on this recording adding keyboard and horns to underscore her dynamic musical evolution.

This is modern blues from one of the finest musicians on the Chicago Blues scene.

-Joanna Connor takes her powerful guitar down new paths on ''Rise,'' an album featuring some jazzier hues, her considerable acoustic skills and even a guest rapper while also doubling down on her reputation as a blues stalwart.

Connor, based in Chicago, released 2016's ''Six String Stories'' after a long break from studio recording even as she enhanced her status thanks to live performances. ''Rise'' is also characterized by a new backing band, ''a bunch of younger men'' credited by Connor for an extra dose of power, and several instrumentals, from the smooth tones of the title track to a cover of Sly and the Family Stone's ''If You Want Me to Stay'' featuring cracking solos from everyone involved.

Funky album opener ''Flip'' is a steamy take on what sounds like a May-September romance -- ''A woman can't live on guitar alone'' -- while ''Mutha'' features rapper Alphonso BuggZ Dinero toasting Connor with a dose of humor as she mercilessly shreds the strings.

''My Irish Father'' is a galloping, Rory Gallagher-like acoustic showcase with poignancy added by Connor's discovery not long ago of her birth father's identity. ''Cherish and Worship You'' is probably the most rocking track on the album and ''Earthshaker'' is a glowing tribute to a Windy City bass player with some very special skills.

Intense closer ''Dear America'' combines an homage to Led Zeppelin's take on ''When the Levee Breaks'' with a topical dissertation by Dinero as Connor's dramatic vocals and fiery fret work, along with powerful work from drummer Tyrone Mitchell, provide an alarming soundtrack to a catalog of political ills and social challenges.

Connor describes herself as ''that middle-aged lady with the scorching guitar'' and ''Rise'' is a monumental testament to her skills.

Joanna Connor might be the best--or most original--blues-based slide guitar player you're likely to come across today. Or tomorrow.

"p" Guitar World "p" "b"The ability of Joanna's guitar playing to pull back from the edge is a constant on the album....it is searing, paint peeling, sky writing fretwork from the guitar of Joanna Connor. --The Alternate Root

Search for an event by

Festivals at the glance SEE ALL

Dirty Dancing – The Classic Story On Stage and returns due to phenomenal demand to the Gleneagle INEC Arena on December 7 – 11 2021. The iconic story of Baby and Johnny, featuring the hit songs ‘Hungry Eyes’, ‘Hey! Baby’, ‘Do You Love Me?’ and the heart-stopping ‘(I’ve Had) The Time Of My Life’, returns […]

Having recently his debut EP ‘The Art Of Disappearing’ and his third solo single ‘Through the Fields’ Pa Sheehy announces headline gig at the Gleneagle INEC Club. Speaking about the announcement on social media Pa said “This announcement makes me very happy. I’m gonna play my last show of the year at the INEC Killarney […]

The Prosecco Express The world around her is getting married, having children, and streaming off to buy slow cooker crock pots and buggies. Joanne owns nothing and has birthed nothing and despite some ABSOLUTELY MASSIVE (incredibly minor) comedic achievements, her mother is still trying to convince her to go back and study nursing. Due to her […]